Amanda Alderson is a curator, artist, arts worker, designer and lecturer. Focusing on emergent/new media, hybrid, visual and contemporary arts, she has been an active member of WA’s vibrant artistic community since 1995. Born in Western Australia, Amanda studied sculpture at the School of Art, Curtin University of Technology and interdisciplinary studies at the Western Australian School of Art, Design and Media. She works in diverse media, including new media and electronic art, jewellery, sculpture, textiles, utilising play and narrative.

Currently the Gallery Curator of the City of Wanneroo Gallery, previously she was Exhibition Coordinator at the John Curtin Gallery, Curtin University and Creative Director of Tractor Parade, past employment has included positions such as Curator of the City of Joondalup‘s contemporary art collection; Coordinator of Art, Cultural and Local Heritage Collections at the City of Perth; Manager and Project Officer of SymbioticA, The Centre of Excellence in Biological Arts; Producer/ Youth Officer/ Gallery Manager of IASKA (International Art Space Kellerberrin Australia, now spaced); Project Manager/ Administrator of the Biennale of Electronic Arts, Perth 2004 (BEAP), Gallery Manager of Goddard de Fiddes Gallery, Digital Media Lecturer at the Department of Art, Curtin University, and Design Lecturer at Edith Cowan University. Amanda has run her own design business since 1999, specialising in print materials and web sites for artists and arts organisations.

She has also sat on various selection and industry peer panels including Australia Council for the Arts New Media Arts Board (2005/2006) and the Department of Culture and the Arts (2010/2012).

Following are select examples of arts organisations Amanda has worked in: 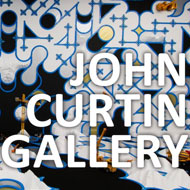 The John Curtin Gallery is one of Western Australia's major public art galleries and one of the largest and best-equipped university galleries in the country. The Gallery enlivens the intellectual life of the University and its surrounding communities through exhibitions, events and public programs that explore global perspectives on contemporary art. Exhibitions include the annual Perth International Arts Festival.
Exhibition program: 2016 | 2015 | 2014 | 2013
Role: Exhibition Coordinator, 2013 - present 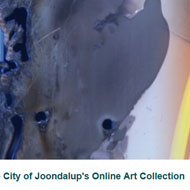 The City of Joondalup's Art Collection has a primary focus on the work of Western Australian contemporary artists, and also represents artists connected with, and themes relevant to, the region.
Role: Curator 2010 - 2013

SymbioticA, The Centre of Excellence in Biological Arts is the first research laboratory of its kind, enabling artists and researchers to engage in wet biology practices in a biological science department. It also hosts residents, workshops, exhibitions and symposiums. The Centre offers a new means of artistic inquiry where artists actively use the tools and technologies of science, not just to comment about them but also to explore their possibilities.
Role: Manager and Project Officer, including SymbioticA's BEAP07 and Adaptation, 2007-2010 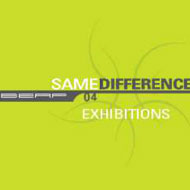 The Biennale of Electronic Arts, Perth was a new media arts festival held every 2 years for 3 months, spanning Perth Western Australia and was widely recognised as the premiere electronic arts event in the Asia Pacific region. BEAP examined the explosion of activities at the intersection of art, science and new technologies, through exhibitions, conferences, workshops, performances and research, boasting some of the most innovative thinkers in new technology.
Role: Project Manager/ Administrator of BEAP04, BEAWORKS04, BEAPWORKS05 and the CLEAR residency space at Tech Park, 2003 - 2005. 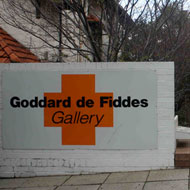 Goddard de Fiddes Gallery began in Fremantle in 1992 as project by Julian Goddard and Glenda de Fiddes. In 1998 the gallery relocated to 31 Malcolm St, West Perth into a historic building purpose built for a gallery in the 1950s. Goddard de Fiddes Gallery represented prominent local, national and international artists. The gallery participated in ARCO, Madrid, and the Melbourne Art Fair, on a regular basis.
Role: Gallery Manager, 2001 - 2004 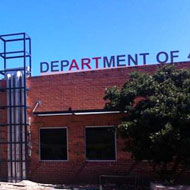 Courses offered by Curtin University's School of Design and Art encourage emerging artists and designers to find an individual voice and provide them with the skills to channel their distinctive qualities into coherent visual languages in a variety of media.
Role: Electronic Arts and Digital Media Lecturer- School of Art and Open Learning Australia, 2001 - 2004